Skip to content
[she has]
0 likes2 views
Categories Politics

Lawyers representing Maxwell, who is currently serving a 20-year sentence in a low-security prison in Tallahassee, Florida, in her effort to acquire money from Jeffrey Epstein’s estate have withdrawn their counsel.

The firm, Quintairos, Prieto Wood & Boyer, alleges Maxwell failed to pay them “despite repeated requests, according to court documents filed in the US Virgin Islands.

Maxwell filed a lawsuit against Epstein’s Virgin Island estate in March 2020, seven months after Epstein allegedly killed himself in the Metropolitan Corrections Center in New York.

She alleges Epstein promised “indemnification for the advancement of attorney’s fees, security costs, costs to find safe accommodation and all other expenses [she has] reasonably incurred and will incur by reason of her prior employment relationship with Jefferey Epstein,” according to court filings obtained by Dail Mail.

“The costs that she envisioned were, ‘in connection with any threatened, pending or completed suit [in] relation to Epstein…and his alleged victims,” the publication notes. “Maxwell argued that during her relationship with Epstein he ‘promised that he would support her financially.’ Her suit states that he ‘made these promises…repeatedly, both in writing and conversation.’”

Maxwell now has sixty days to find new a new legal team. But securing legal counsel will be an uphill challenge.

The socialite is also facing being sued by her criminal defense team for failing to pay over $878,301 in legal fees.

Maxwell is “insolvent” following a series of “suspiciously timed [property] transfers” by her estranged husband Scott Borgerson, according to a complaint filed by her criminal defense team,  Haddon, Morgan and Foreman, P.C. in Denver District County on August 22. 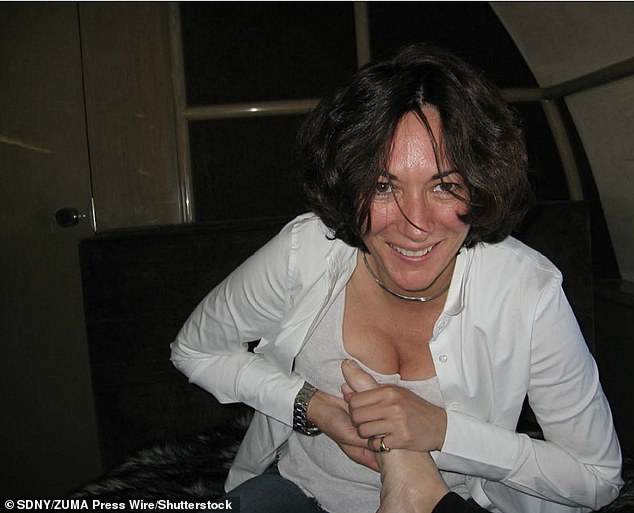 The Denver-based firm is suing Borgerson, Maxwell and her brother Kevin Maxwell.

Borgeson and Maxwell reportedly secretly wed in 2015 unbeknownst to even their own family members. Borgeson then “dumped Maxwell during a “confrontational” call from prison following her December 2021 conviction.

But according to HMF court filings, Borgeson continued to shield Maxwell’s assets and worked to “shelter” millions of her assets from creditors. The complaint also alleges Kevin Maxwell falsely assured the firm that “he was on the verge of obtaining financing”  and “personally guaranteed” to keep a $100,000 balance in Ghislaine’s client trust at all times,” but the funds were swiftly exhausted.

“Mr. Maxwell and the family lawyer repeatedly told HMF that Mr. Borgerson controlled Ms. Maxwell’s money and was responsible for delaying payments to the firm,” HMF allege in the complaint.

Kevin Maxwell insistently made “false promises” that there was, “ample cash and assets to cover the total sums that are either due for payment and are budgeted to become due in the coming months,” the suit continues.

In June, Maxwell was sentenced to a 20 years prison sentence for grooming and abusing underage girls for Epstein.

The British socialite had a longstanding relationship with HMF, which also represented in a now-settled 2015 defamation suit filed by Virginia Roberts Giuffre, a survivor of Epstein’s sex ring,” The Daily Beast reports.

The post Ghislaine Maxwell FIRED By Lawyers For Failing To Pay Nearly $900K In Legal Fees appeared first on The Gateway Pundit. Eleven pro-lifers were indicted by a federal grand jury for blocking access to an abortion clinic...